Andrés Reisinger, Arch Hades, and RAC Christie's 22/10/2021
'Arcadia' is a narrated short film that journeys through our collective twenty-first-century existential crisis. It is a groundbreaking interdisciplinary collaboration between artist Andrés Reisinger, musician RAC, and poet Arch Hades. ‘Arcadia’ was released at the 21st Century Evening Sale at Christie’s in November 2021.
VIEW NFT 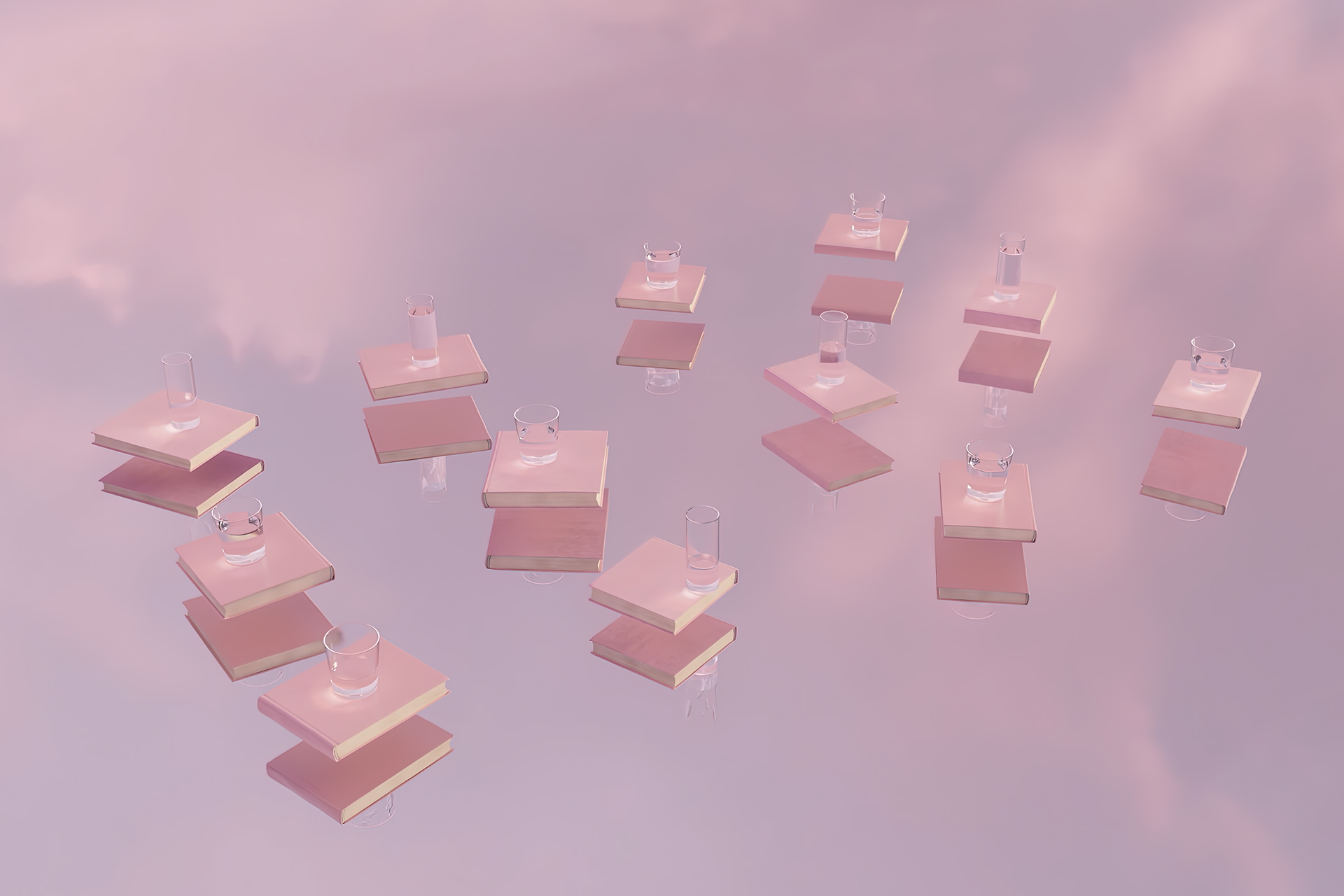 "The story of 'Arcadia' explores the anguish of our contemporary loneliness, alienation, status anxiety, and depression."

Written as a traditional narrative poem, illuminated through digital art, and elevated with electronic music, Arcadia is allegorical, linking literary art with a visual sermon. Arcadia alludes to the iconoclastic philosophy of existentialism – the philosophy that draws all the consequences from a position of consistent atheism, that holds freedom and responsibility as the supreme values, and authenticity as the primary virtue, encouraging an inhabited way of life that creates a new definition of existence as choice, action, and self-assertion. Arcadia is a celebration of hybridity, loaded with political, social, historical, and cultural metaphors, cleverly-illustrated with objects from Reisinger’s imagination.

Arcadia is comprised of five chapters, each paying tribute to a particular philosopher, while also referencing dozens of poets, artists, authors, and thinkers that have shaped contemporary human psychology and culture. 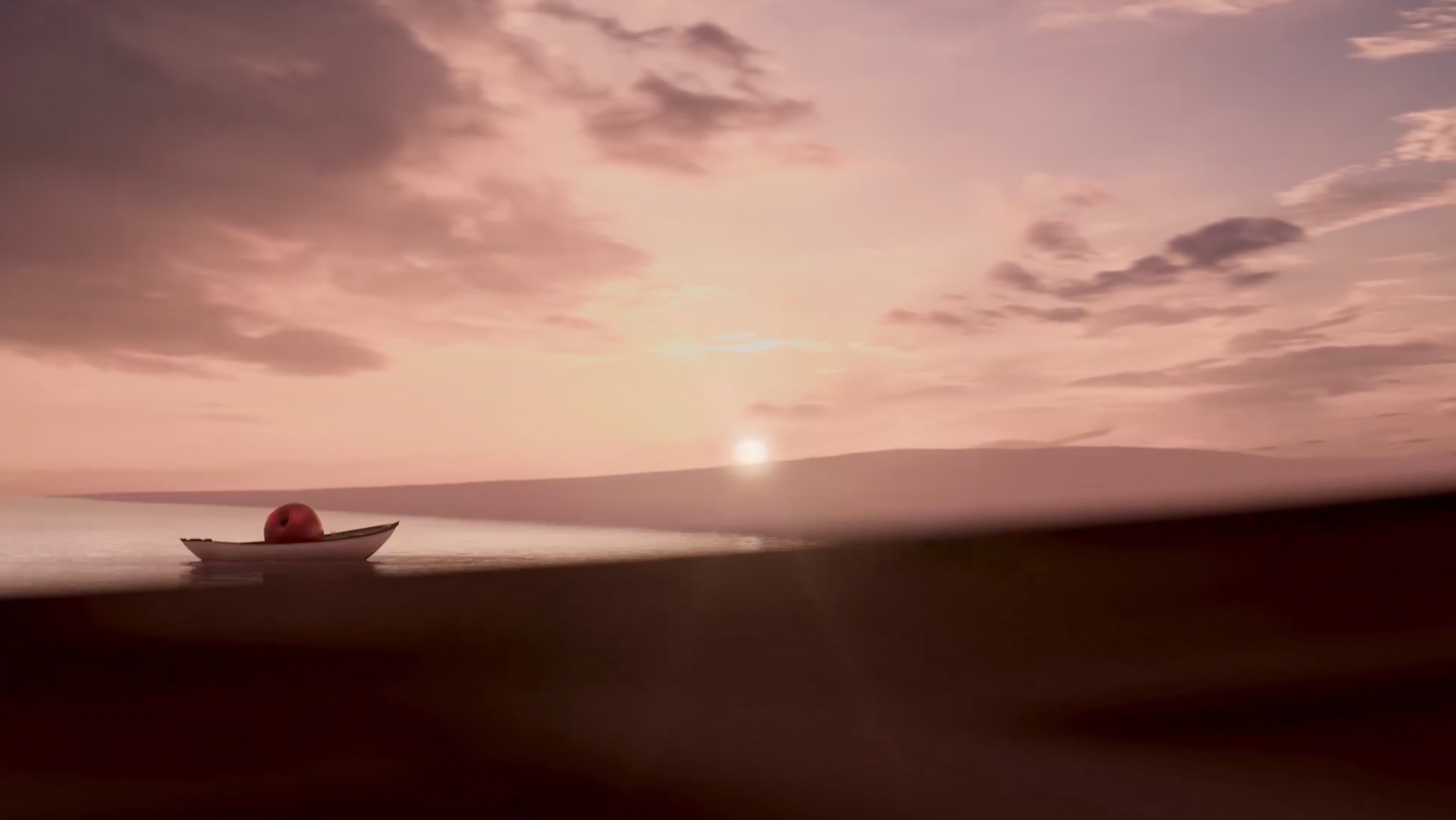 The first chapter, Welcome to the Current, pays tribute to Marshall McLuhan’s The Medium is the Massage, in which the philosopher examines the changes to society and humanity brought on by mass media and communication. Instant gratification and compulsion characterize our twenty-first-century lives in the hyperreal world, where many significant life experiences are now virtual, leaving us hollow. The Current is a metaphor for how our relationship with the internet has heralded an unprecedented broadening of horizons, and exposure to the experience of millions of others that coincides with a proportionate, private alienation. Our addiction to social media and junk-food entertainment has caused the loss of the emotional dynamic that would otherwise govern an outward-directed, cognitively-creative life.

Much of modern life has been reduced to a shallow, repetitive, fast-paced torrent of mass information, that we no longer have the capacity to fully process. Our social spaces are spammed with misinformation masquerading as insight. We are pressured to consume and participate in the running commentary, to constantly share our private thoughts and experiences in public. It’s constant and exhausting. It gives us anxiety, while also overwhelming and sedating us.

The second chapter, Simulacrum, is inspired by Jean Baudrillard’s Simulacrum and Simulation, in which the philosopher laments the distortion of our reality resulting from producing a fake version of ourselves and participating in a fake version of our world. Hardly anything remains original or authentic in a system where anything can be replicated and mass-produced. We are reduced to expressing ourselves through consumption and branding — not creativity, individuality, or original thought. Our quest for productivity has exhausted and isolated us, and in this state, it is easiest to sell convenience to us. In our daze, we are no longer projects of genuine selfhood, but an amalgam of the stories we buy into. Yet, we yearn for authenticity.

The third chapter, House of Cards, is an ode to Søren Kierkegaard, Friedrich Nietzsche, and Jean-Paul Sartre, the architects of modern existentialism. The narrative voice switches to first-person, mirroring works such as Thus Spoke Zarathustra and Twilight of the Idols, quoting metaphysical fundamentals such as ‘we are condemned with freedom’ and exploring their consequences. Starting with an adaptation of Ozymandias by Percy Shelley, this chapter suggests that consumerism has become our new religion and daily occupation. It is merely a filler for the gap of meaning and habit left by traditional religions, after their symbolic expulsion in the nineteenth century. We are still on our quest for meaning and purpose in a vast and indifferent universe — we are just distracted.

The fourth chapter, Silence, combines existentialism with Albert Camus’ philosophy of Absurdism. The narrator accepts the absurdity of conflict between the human tendency to seek out inherent value and meaning in life, and the human inability to find any in a purposeless, irrational universe. We are encouraged to embrace the creation of our own meaning, and to see that this can fulfil us in our own ways. But to find our true authentic desires, we must first break free of the Current.

Modern society abounds in fantasy objects of the simulacrum, offering surrogate fulfilment instead of our true desires, thereby distorting our needs into transactions. Too often, instead of being asked what we desire, we are told what to desire, before being given a price.

We must detox by embracing solitude in a state of Arcadia. We become our genuine selves when we are no longer defined by others. This is when Arcadia calls for a return to nature, so that we might witness the universal significance of natural beauty. A world that makes room for such things as the Sublime makes room for us. Nature effortlessly demonstrates that the world contains magnitudes other, greater, and more interesting than us. It shrinks our egos so easily and effectively, reminding us how vanishingly insignificant we really are. This widening of perspective prompts reflection on what kind of society we inhabit, and where our collective choices are leading us.

The final chapter, Chorus, is an ode to Art and beauty that pays tribute to Roger Scruton, Alain de Botton, Robert Frost, William Wordsworth, Oscar Wilde, and Voltaire among others – referring to the collective of artists, poets, and thinkers as the ‘chorus’ – which shows us how to overcome nihilism and sublimate our sorrows by bringing beauty to the struggle.

In the void left by organized religions, Art is left to compete against consumerism and entertainment as the apex of our ideals. That is why Art matters. Without the conscious pursuit of beauty, we risk being reduced to existing in a world of addictive pleasures and routine desecration, a world in which the worthwhileness of human life is no longer clearly perceivable.

Art answers the riddle of being: it tells us why we exist by imbuing our lives with a sense of belonging and purpose. Through creativity, we self-express and become more of what we are — regardless of whether we do it well. Beauty is in the hard work itself, and the sense of purpose felt when doing it.

In the highest form of beauty, life becomes its own justification, redeemed from contingency by the logic which connects the end of things with their beginning. The highest form of beauty, as exemplified in supreme artistic achievements, is one of the greatest of life’s gifts to us. It is the true ground of the value of Art, for it is what Art, and only Art, can give. 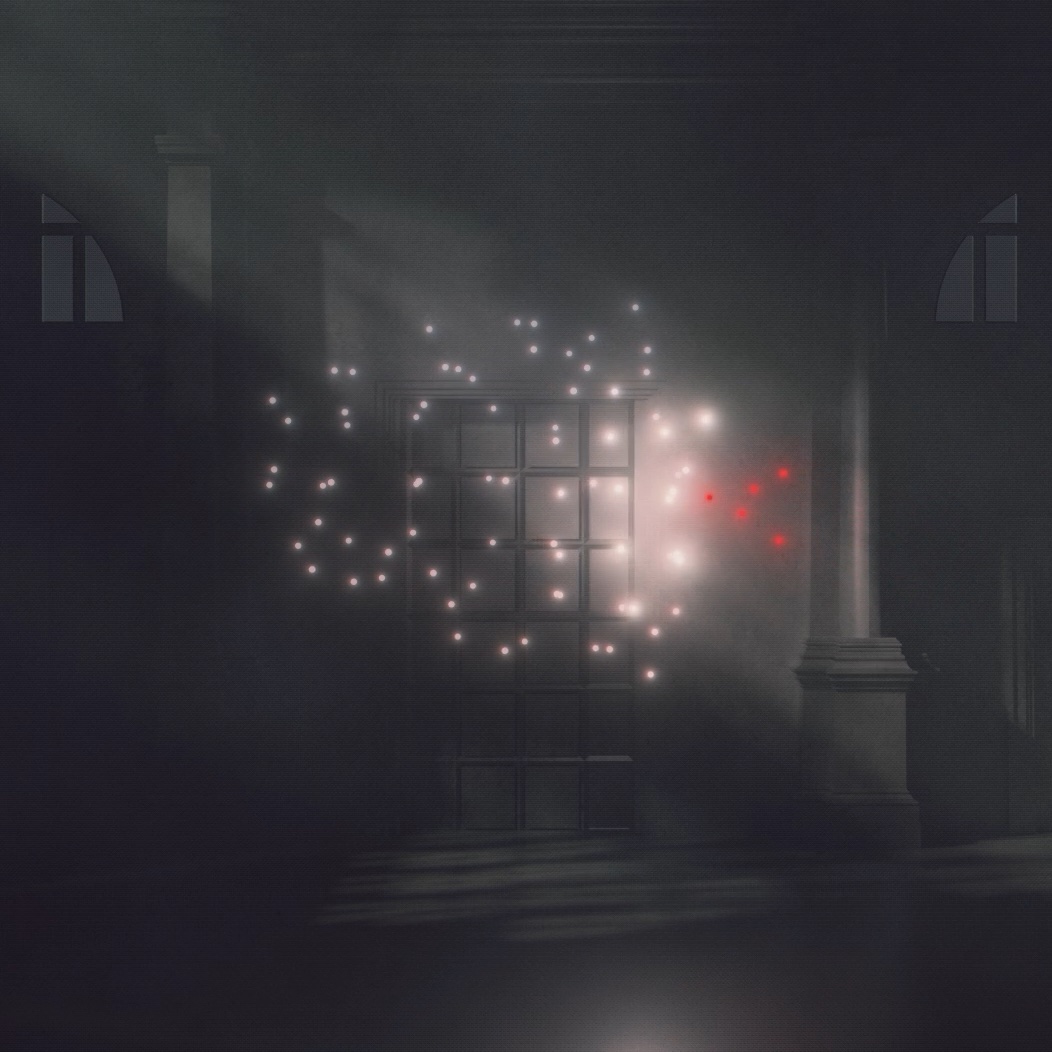 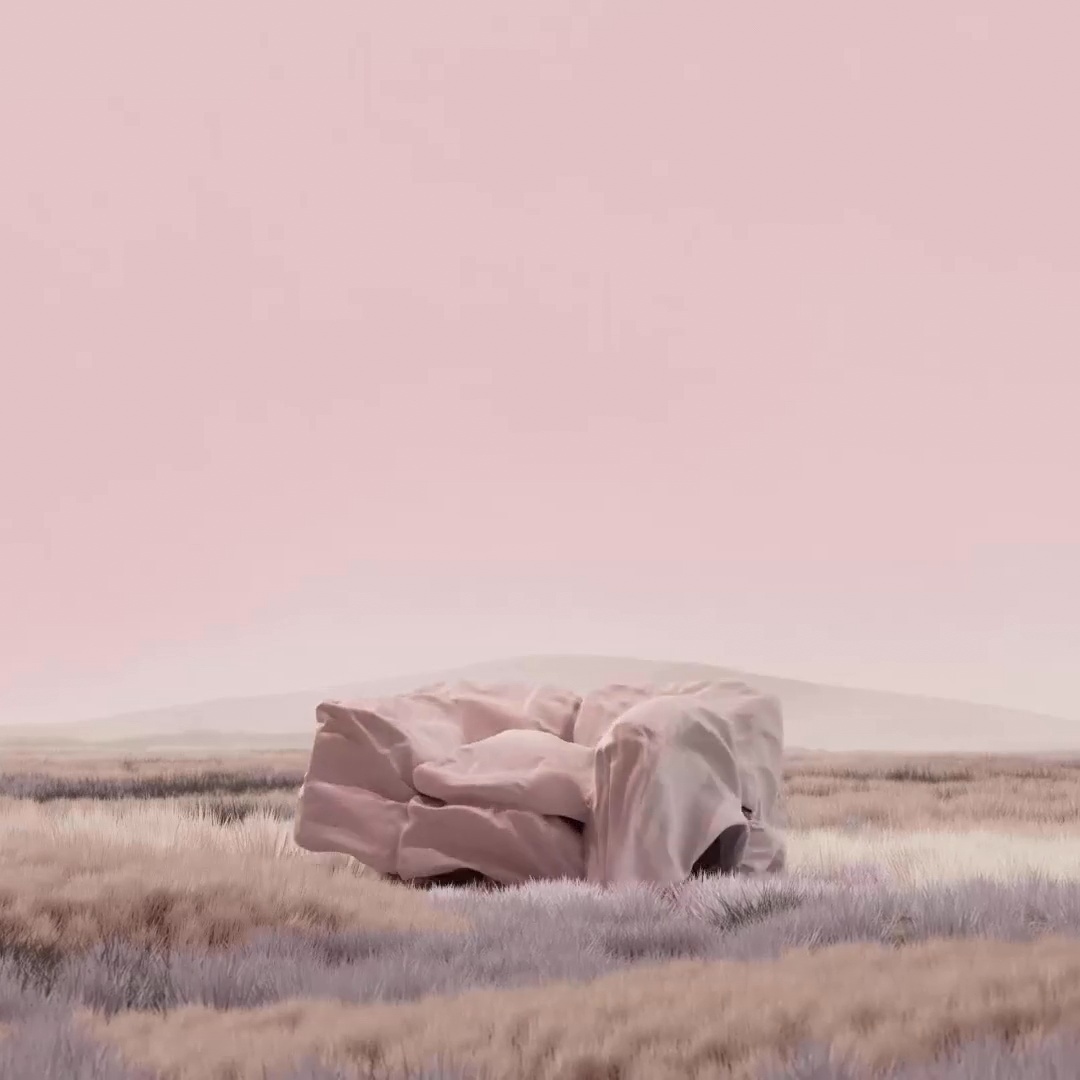